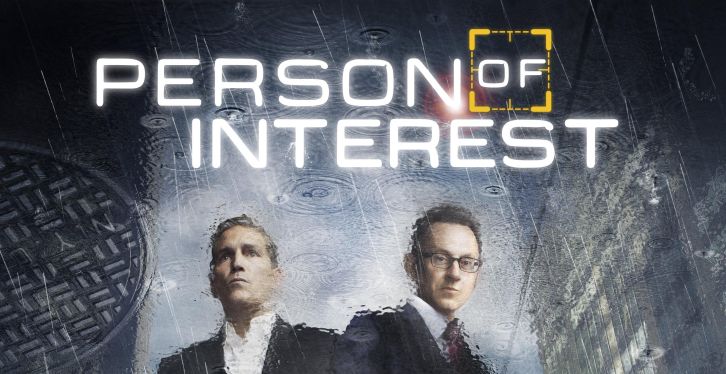 You are being watched. The government has a secret system, a machine that spies on you every hour of every day. I know because I built it.

I designed the machine to detect acts of terror, but it sees everything. Violent crimes involving ordinary people, people like you. Crimes the government considered irrelevant. They wouldn’t act, so I decided I would. But I needed a partner, someone with the skills to
intervene. Hunted by the authorities, we work in secret. You’ll never find us, but victim or perpetrator, if your number’s up…we’ll find you.

What did I just watch?

So I just finished watching last episode of Season 5. All I can say is that Person of Interest, a Nolan’s masterpiece is the best TV series I have watched till date. Most intense, best actors, excellent acting and gripping story which only gets better with each episode. What do you expect when you start a TV series? Good acting, story that holds you tight, witty dialogues. Well, it has everything in it. It got me hooked right from the very first episode.

Spoilers ahead… Read at your risk.
The story revolves around a person who happens to be the best coder and hacker world has ever known, or more precisely, the world should know, because he is very good at avoiding digital footprints. You just can’t find him on web. In the very childhood, he learns that a system should be made robust. If they don’t want you to get inside, they ought to build it better. And thus he builds a machine, an AI that can watch every single moment of everyone’s life, listen every phone conversation, read every text, has access to every database and analyse it to find out if anyone is at risk or going to do something wrong. The machine becomes so intelligent with time that it starts talking to people, giving commands, hiring snipers to protect her primary assets and establishing a company. The creator hired John Reese, a former badass CIA guy to fight crime, to protect people whose number have come up. The story becomes intense when a parallel AI comes into picture who is given full control. Two gods fighting with each other where one has the mission to protect human kind at all cost while the other with motive that few people must be sacrificed for the greater good. I can’t say what did I like most in the show, was it the hot sexy root whose seducing sounding voice is embraced by the machine after she dies or confidence and panache portrayed by Mr Reese, the man in bespoke suit who is near to untraceable or Finch who never fails to surprise you with his geeky words or Greer, dark yet convincing, lies yet authoritative tone in his voice.

Some of the episodes are freaking so awesome that make you feel sometimes, TV series can be better than movies.
There were pleasing moments when machine behaved like a human child asking its creator very innocent questions:

But if you erase my memories, how will I learn from my mistakes?
How will I continue to grow?
And how will I remember you?

Another conversation between her and its creator, she had asked Harold to teach chess:

Harold Finch:[to The Machine in a flashback to 2003] You asked me to teach you chess and I’ve done that. It’s a useful mental exercise. Through the years many thinkers have been fascinated by it. But, I don’t enjoy playing. Do you know why not?
[Receives a ‘No’ reply on his cellphone]
Harold Finch: Because it was a game that was born during a brutal age when life counted for little and everyone believed that some people were worth more than others. Kings and pawns. I don’t think that anyone is worth more than anyone else. I don’t envy you the decisions you’re going to have to make. And one day I’ll be gone. And you’ll have no one to talk to. But, if you remember nothing else, then please remember this. Chess is just a game. Real people aren’t pieces. You can’t assign more value to some of them than to others. Not to me. Not to anyone. People are not a thing that you can sacrifice. The lesson is… that anyone who looks on the world as if it was a game a chess deserves to lose.

Dialogues from the show I really liked 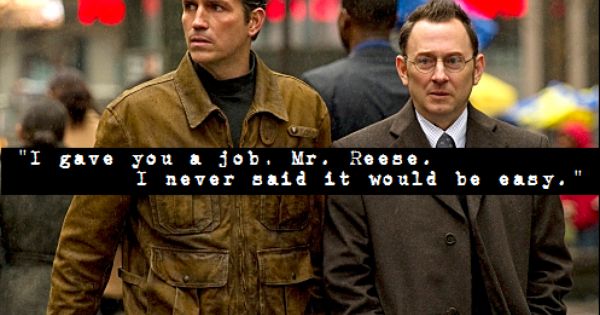 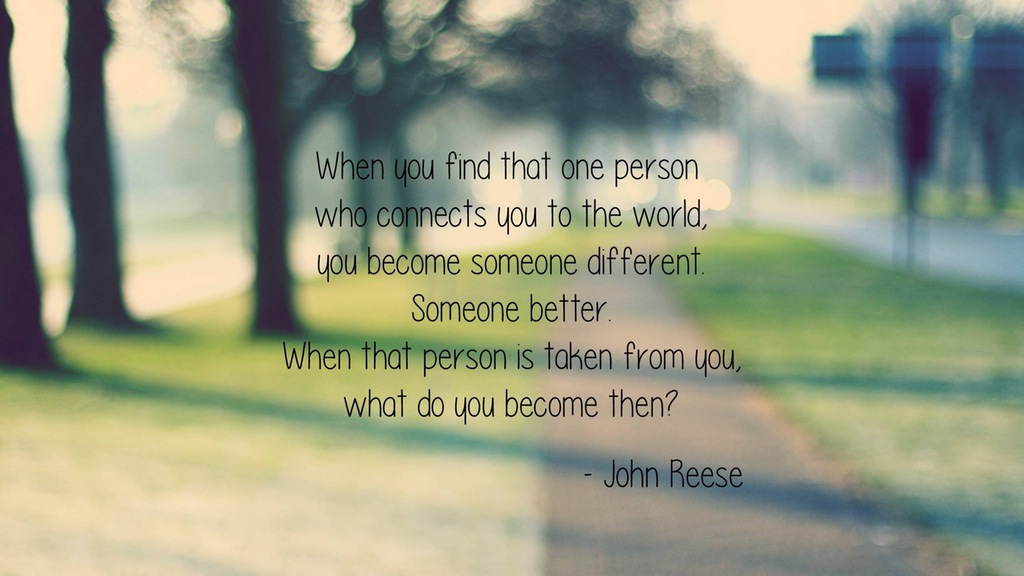 Sure, Everyone dies alone.
But if you mean something to someone,
if you help someone or love someone,
if even a single person remembers you…
Then maybe…
you never really die at all.

Episodes you must watch

Why should you watch this show?

If you love Sci fi, love code, big data and power of AI engrosses you and you think that logic is God, this show is for you. The series will keep you sit tight right from the beginning to the end and there will be times you will find yourself biting nails to know what is going to happen next. If you haven’t watched it, watch the first episode. You will definitely like it.

Other movies of similar kind I loved